Here's my selection (on the basis of personal preferences) the top ten films watched in 2018: 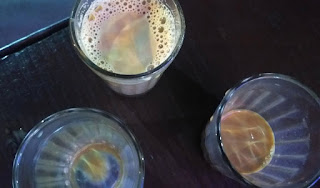 It's that time of the year..... better known as the time of Oscar Fever, which needs no explanation for the film-buffs and fil-junkies of the world.
Am lucky to have watched 22 films from 2017 (some of them I watched last year, and some just this year) which have been graced with the Oscar nod in and/or for one or more categories:

'Baby Driver'
'Logan'
'Star Wars: The Last Jedi'
'Beauty and the Beast'
'Coco'
'Ferdinand'
'The Boss Baby'
'War for the Planet of the Apes'
'Kong: Skull Island'
'Guardians of the Galaxy Vol. 2'
'The Greatest Showman'
'The Big Sick'
'Victoria and Abdul'
'Three Billboards outside Ebbing, Missouri'
'Lady Bird'
'Call Me by Your Name'

Posted by Anindo Sen at 7:18 AM No comments: 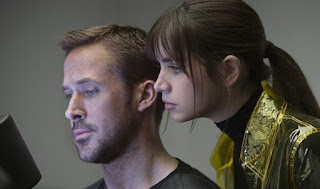 Posted by Anindo Sen at 4:26 AM No comments:

One of the major highlights of the day has been devouring the script of 'Kill Your Darlings'
(story by Austin Bunn; screenplay by John Krokidas and Austin Bunn; based on a true story)
- it's fabulous!

I know, many of our actors don't like reading scripts, they prefer to have them narrated (by the directors or the screenplay writers). However, I love reading film-scripts. I find them so very exciting! Be they detailed or skeletal, rough drafts or the ones readied for the shoot, I love them all. Whether the scripts are of films I have watched or yet to watch, they always leave plenty to be crystallized in my mind's eye when I'm reading them. That's what fascinates me most.
Posted by Anindo Sen at 9:40 AM No comments:

There are some films which one is biased to.... to which one surrenders completely, to let oneself be charmed, in which one invests emotionally as the images unfurl on screen. Such a film may attract a lot of flak, a lot of genuine criticism, yet it works for one. 'Judwaa 2' might be such a film for most of you.... while, for me, it is 'Victoria and Abdul'. 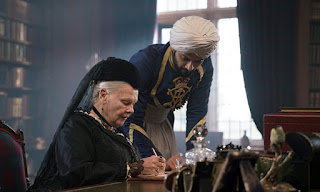 Where Was I? Where Will I Be?

What had I been doing online when I had not been blogging? You ask.
The answer is.... most of the time I would be on Facebook. In fact, in the last couple of years or so I had become a lot more active on that platform. The three tabs that would mostly be open when I came online were Facebook, Twitter and Gmail. Chatting online never quite appealed to me, ever. I guess I have never quite tasted its potential, as well as that of social media in general, for networking. So there.
On Facebook, I have been posting quite regularly, instead of doing it here, on my blog. Just remember, some posts are for everyone and some are for no one in particular, but some posts are just for yourself. While a few rare ones might be for a special person. Facebook suited me fine. So did Twitter, even better so... retweeting others mean one gets to speak through others voices, who might be going through similar journeys, expressing what one might have chosen to express, only doing it better. And I had this link between Facebook and Twitter whereby the content on the latter automatically got posted on the former. It suited me just fine.
However, Facebook has become quite a downmarket platform lately. All my good contacts, my efriends, who I shared vibes with and who used to be prolific in terms of their output, have either quit Facebook or have become non-functional on that platform. I feel like an old haggard there... perpetually attracting the wrong sorts, the whole gamut of them who can hardly meet my parameters of 'a good efriend'. There remain just a handful of the good old companions. One of them echoes my thoughts when he says, hearing my woes, "I am not the abandoning sort. I cling to old things. In fact, I take time to adopt a new thing." I find it so reassuring. For me, it's as good as a virtual hug. Would have otherwise thought I am the only one of my kind.... hahaha.
I am still avoiding being on WhatsApp which has become immensely popular now, as have other new apps. Many have been vouching for WhatsApp as, there, one can create a group of like-minded people only. I tell myself that I'd grab new social media apps and get rocking on them once I grab a new phone. But, honestly, I'm even averse to giving up on my old phone.
All my life, my resistance to change has led to all kinds of serious conflicts as well. Yet, I am what I am.
Posted by Anindo Sen at 5:58 AM No comments:

Here's a listing of one hundred favorite Hindi films of mine : [I have tried my level best to order them chronologically, based on the... 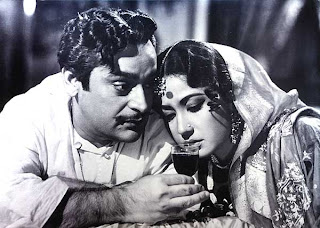